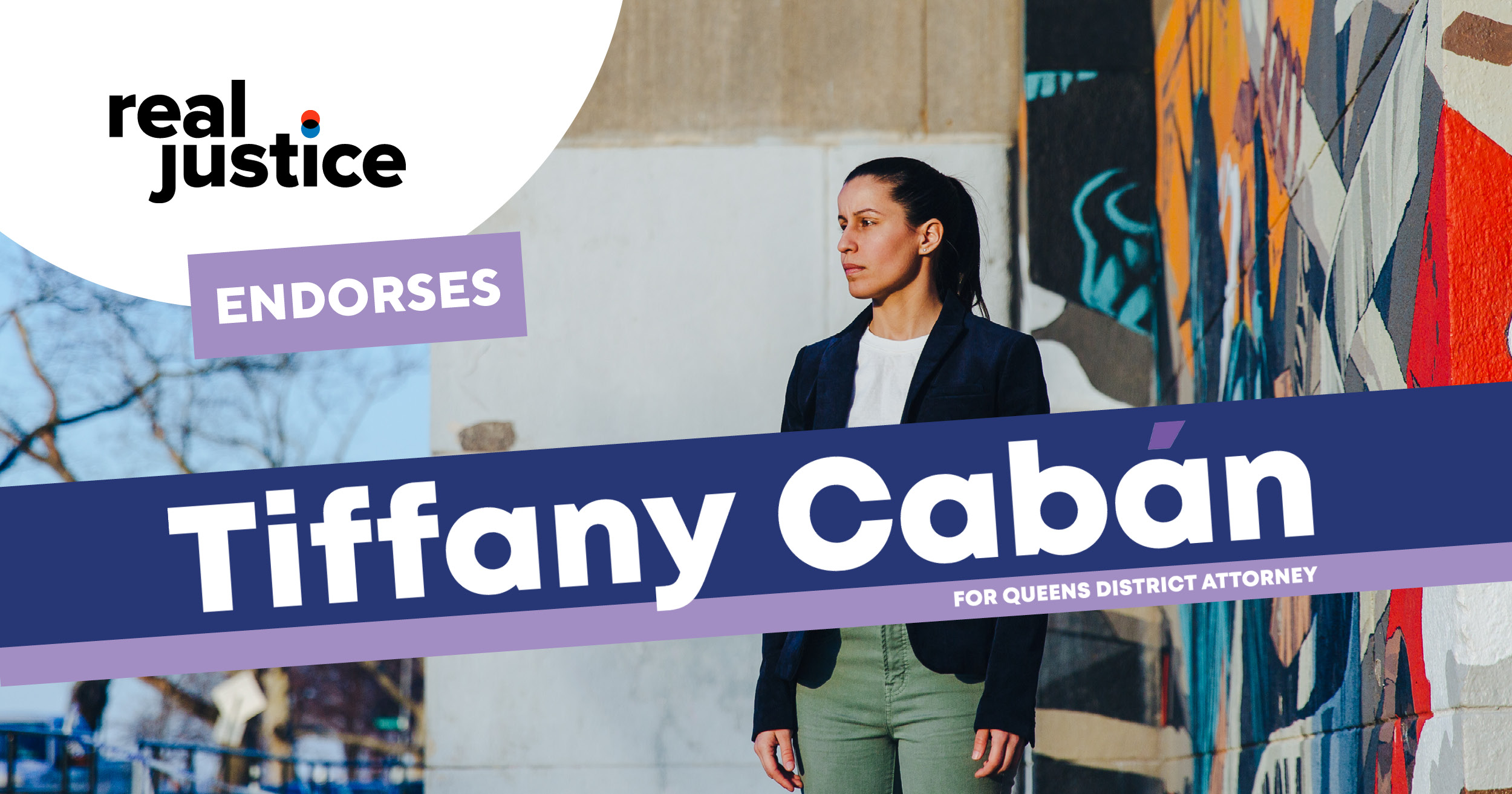 QUEENS, NY — Real Justice PAC announced their endorsement of public defender Tiffany Cabán and her historic campaign for Queens District Attorney. Real Justice PAC is a national organization dedicated to electing reform-minded prosecutors who are committed to using the powers of their office to fight structural racism and keep communities safe with equal justice for all.

“I am proud to have received an endorsement from Real Justice PAC, an organization that recognizes the critical role District Attorneys play in shaping the future of our country,” said Tiffany Cabán. “In just two years, Real Justice PAC has endorsed, and then elected, bold decarceral DAs committed to bringing transformative changes to their districts, and I am honored to have earned their trust and support. I look forward to organizing alongside them to fight structural racism, repair broken promises, and protect and defend all Queens residents.”

Tiffany Cabán has represented over 1,000 New Yorkers as a public defender. She was born and raised in Richmond Hill, Queens, and went on to earn a Bachelor’s degree in Crime, Law, and Justice from Penn State, and a Juris Doctorate from New York Law School. She is currently an attorney with New York County Defender Services and previously worked at the Legal Aid Society’s Criminal Defense Practice. Tiffany lives in Astoria, Queens with her rescue dogs, Natalie and Coltrane.