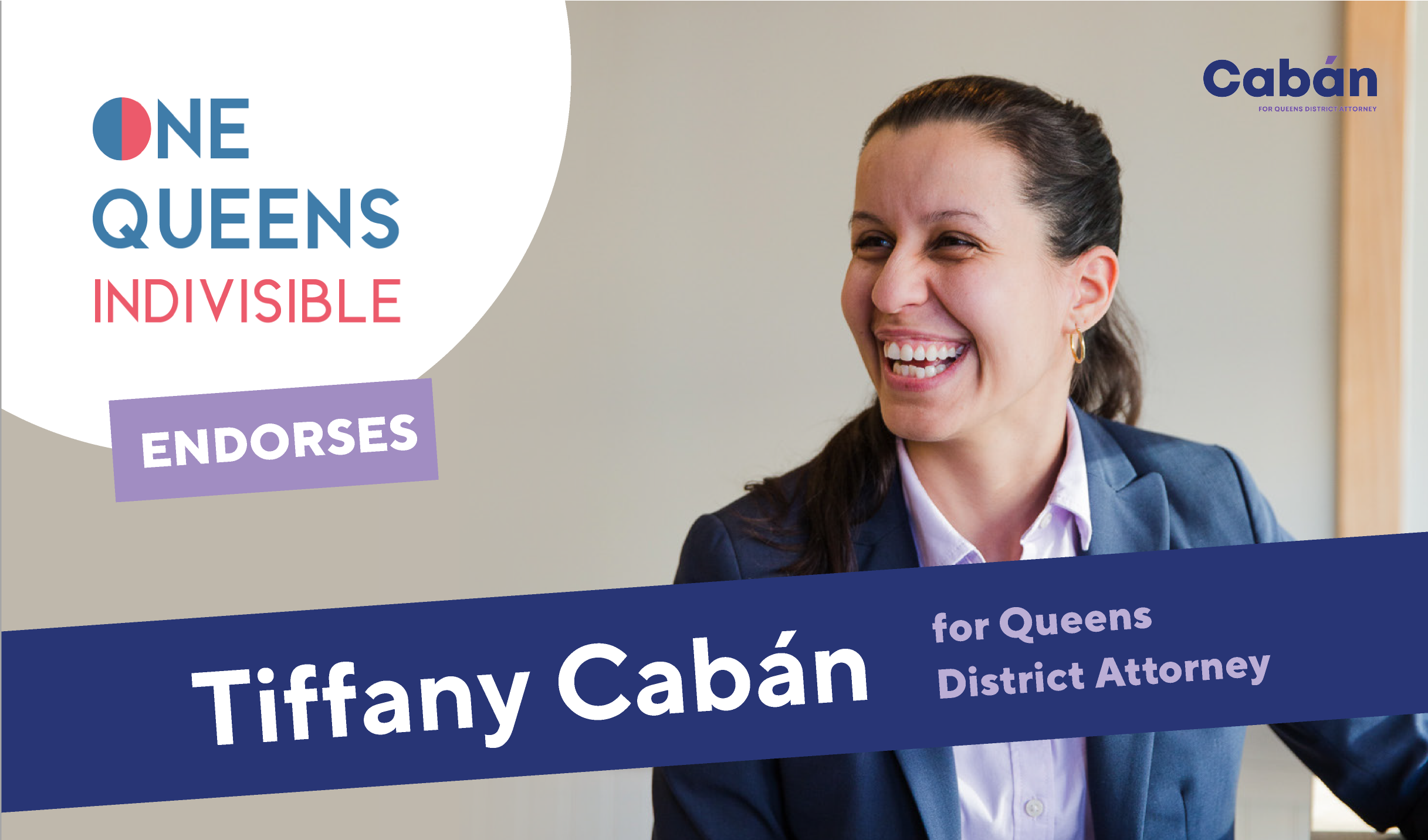 QUEENS, NY — Today the grassroots organization One Queens Indivisible their endorsement of Tiffany Cabán, a public defender running an historic campaign for Queens County District Attorney. Cabán’s campaign has recently been endorsed by the NYC-Democratic Socialists of America and the New Queens Democrats.

"Far too many people are incarcerated, especially relative to the small number of people who commit most crimes,” said Sandra Mandell, a leader of the Forest Hills-based group. “Tiffany knows community-based services are better than incarceration at creating the stability necessary for public safety. The authority to imprison someone is one of the most powerful tools in our society. One Queens Indivisible is confident that Tiffany has the force of personality, experience, and vision to make positive change happen. She has our vote."

One Queens Indivisible is part of the nationwide Indivisible grassroots movement. They are focused on promoting civic engagement locally and supporting progressive candidates and policies, to create a stronger and more transparent Democratic Party that stands up to corruption and fights for justice for all New Yorkers.

Tiffany Cabán has represented over 1,000 New Yorkers as a public defender. She was born and raised in Richmond Hill, and went on to earn a Bachelor’s degree in Crime, Law, and Justice from Penn State, and a Juris Doctorate from New York Law School. She is currently an attorney with New York County Defender Services and previously worked at the Legal Aid Society’s Criminal Defense Practice. Tiffany lives in Astoria with her rescue dogs, Nat and Cole.