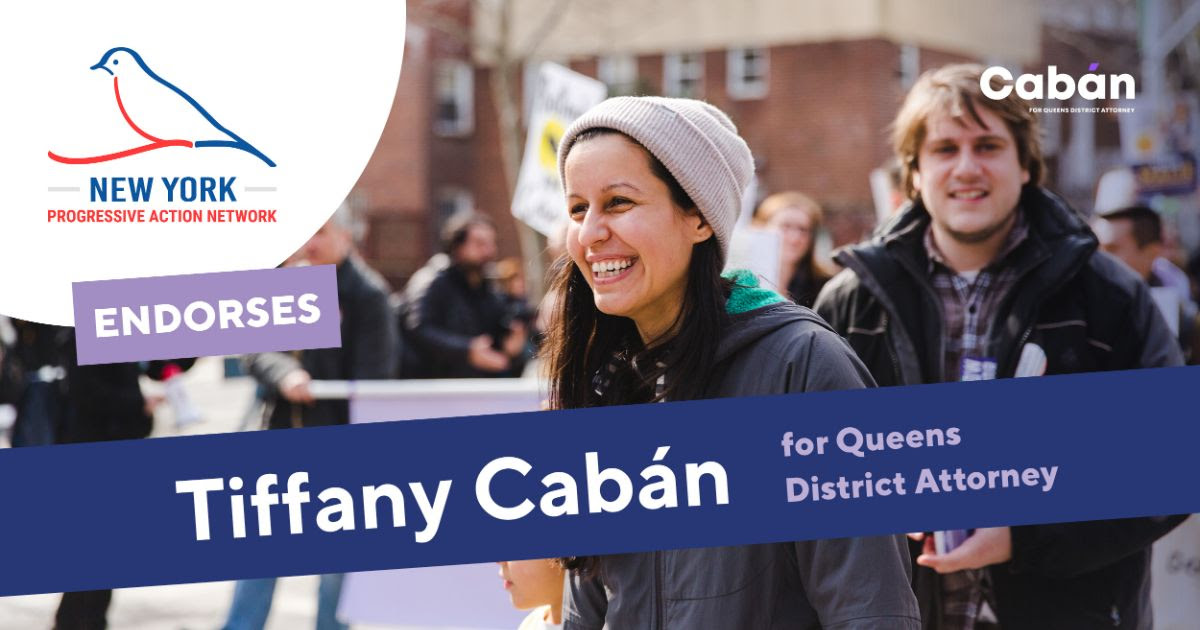 “This may mark the first time that a serious campaign for District Attorney in NYC has been waged by a Public Defender, a lawyer who understands the problems of our unequal justice system from the perspective of defendants,” stated NYPAN's Co-Chair, George Albro, a retired career public defender.

“I share NYPAN’s commitment to changing the status quo,” Tiffany Cabán said. “NYPAN recognizes that to live in a just society, we must pursue racial, economic, social, and environmental justice. That pursuit doesn’t end in our courtrooms.”

NYPAN is a grassroots progressive advocacy organization composed of over 30 chapters and affiliates across New York State. NYPAN’s mission is to provide on-the-ground support for progressive candidates, promote progressive legislation on issues including election reform, the environment, healthcare, and social and racial justice, and work with elected officials who will fight to achieve our collective goals. NYPAN is a chapter of Our Revolution and an affiliate of the New York Working Families Party.

Tiffany Cabán has represented over 1,000 New Yorkers as a public defender. She was born and raised in Richmond Hill, and went on to earn a Bachelor’s degree in Crime, Law, and Justice from Penn State, and a Juris Doctorate from New York Law School. She is currently an attorney with New York County Defender Services and previously worked at the Legal Aid Society’s Criminal Defense Practice. Tiffany lives in Astoria with her rescue dogs, Nat and Cole.

A press kit of photos of Tiffany Cabán is available here.